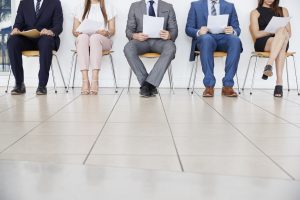 With unemployment at an almost 50-year low, recruiting poses more and more of a challenge. And indeed, there is a lot of research indicating that perhaps recent graduates or even people already experienced in the work-place may have significant gaps in skills compared to the needs of recruiting managers. And unfortunately, the global economy could face a potential surplus of 90 million to 95 million low‐skill workers and a shortage of about 38 to 40 million high‐skill workers by 2020.

For job recruiters, relevant job-related knowledge is more important than degree attainment. And younger job seekers are realizing that university learning doesn’t guarantee success in the workplace. Universities worldwide churn out millions of graduates each year. And a handful of graduates from elite colleges and universities succeed in becoming part of the professional workforce, but a staggering majority lag behind.

There is a trend now being implemented by colleges and universities to offer different types of credentials, rather than the traditional transcript, to better prepare students for the world of work. And the compelling benefit of these alternative credentials offers students immediate access to the credential so that they may publish it on social media quickly as they apply for positions. These credentials are also useful to hiring managers as they point to relevant work studies, rather than simply listing courses completed on a transcript.

So, what is going on? Well, from a new graduate point of view, studies are indicating more than 50% of new graduates around the world say that they are unhappy with their chosen field of study. This means that we have a glut of job seekers in the market that aren’t prepared for a career change.

But don’t count out university learning as it is clear that institutions of higher education are taking on a larger role in post-graduate job attainment and are embracing innovative models of learning that can provide learners, young and old, the skills that are relevant today and will be in demand in the future.

So, are America’s employers at risk of running out of skilled people to hire?

In July, America’s employers posted a record 6.9 million job openings, which actually exceeded the number of unemployed people. The abundance of openings suggests that companies expect to keep hiring.

But at some point, many employers will likely feel like they’re running out of skilled workers to hire.In examining resumes posted to Indeed, researchers found that roughly one-third don’t match available jobs requirements.

So how can we as leaders determine how to weed out the underqualified candidates to focus on the ones that are the right fit for the job?

Here are a few suggestions.

A Glassdoor survey found that 69 percent of respondents are likely to apply for a job if the employer actively manages its brand by responding to reviews, updating the company’s profile, and sharing updates on the company’s culture and work environment. When you focus on building a well-known employer brand, you won’t have to do as much active recruiting and the vetting process will be much easier. You’ll be a highly desired organization, flooding with appropriate applicants that are ready to work.

It’s reported that the best candidates are off the market in 10 days. So, it’s important to post jobs and then move quickly if you’re interested in a specific applicant. Even if you haven’t made a decision yet, you should follow up with the candidate often, which is rare in today’s market, to further discuss the details of the position to ensure you’re on their radar and more importantly, you believe that they are a great fit. Also, respond to any questions or concerns right away to keep them updated and engaged throughout the process.

Many companies write job descriptions that include long lists of responsibilities and requirements, which may or may not be attractive to candidates, and might even discourage qualified employees to apply. The Wall Street Journal described a study where researchers rewrote 56 job ads to emphasize two different approaches: the Needs-Supplies approach, which focuses on what the company can do for the candidate, and the Demands-Abilities approach, which focuses on what the company expects from the candidate. Of the 991 responses, applicants who responded to Needs-Supplies job listings were rated higher than those who responded to the Demands-Abilities ads.

Focus on what your company can do for potential employees, and you’ll attract candidates who better fit your needs.

Most people want to work for companies that keep up with the latest tech trends and the most significant aspect of that is utilizing public social media profiles for candidate research. Candidate’s social media profiles can offer more details about the individual as a person and an employee, for better or for worse.

While it’s legally risky to allow a candidate’s social media activity to factor into your hiring decisions, it can give you a better picture of someone you’re interested in hiring.

Find the right personality for the job.

Although the right skillset may seem like the most important factor in whether a candidate is a good fit, the truth is that skills can be acquired, but personalities cannot.

Consider how a candidate’s personality align with the job responsibilities. The type of person that you hire needs to be in line with the culture of the organization and the individual should be able to contribute to the brand in significant and consistent ways. Remember, your brand needs to be understood and executed by your staff to maintain and grow it.

A study by Leadership IQ found that employee failure may have resulted in a flawed interview strategy. 82% percent of 5,000 hiring managers surveyed reported that the interviewers were too focused on other issues, too pressed for time, or lacked the confidence in their interviewing abilities to pay attention to red flags.

According to Leadership IQ CEO Mark Murphy, this is because the job interview process focuses on making sure new hires are technically competent, whereas other factors that are just as important to employee success like coachability, emotional intelligence, temperament and motivation, are often overlooked.

And it’s also important that you allow a candidate to interview you. This will allow for a better alignment of each of your needs.

Remember that candidates have many ways to vet your organization.

Potential employees often research companies they want to work for, and this includes salary estimates, interview tips, and reviews from current and former employees from sites such as Glassdoor. According to Glassdoor,46% of its followers read company reviews before they apply for a position. Great candidates may not even apply if they don’t like what they see. In addition, 69% of job seekers said they would not take a job with a company that had a bad reputation, even if they were currently unemployed.

Based on Glassdoor’s data, it’s important to consider continual updating of corporate websites and active involvement in social media. Clear and concise content is key. Doing so can improve employee retention and lead to more positive reviews that will attract quality employees.