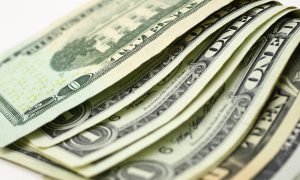 I guess it’s the age-old question—how much does the guy in the next cube make? Is his paycheck more than mine? But we don’t ask right? Because it’s taboo and all sorts of madness would break lose if we walked around the office wearing t-shirts that screamed our salaries to everyone.

It’s a funny kind of pendulum between feeling rewarded and not feeling taken advantage of.

“Most people work just hard enough not to get fired and get paid just enough money not to quit.”

David Burkus, researcher and author of “Under New Management: How Leading Organizations are Upending Business as Usual” has developed a new approach for leaders, “pay transparency.”

His argument is compelling—defending how openness and full disclosure in regards to pay in the workplace can impact employees, organizations, and society in important ways. Burkus suggests that the benefits of pay transparency go well beyond employee satisfaction and can create an upswing in morale and performance.

Pay transparency is the new buzzword that is creating discussion, and debate, in conference rooms across the country. And it means with communicating salary information employees are able, and encouraged, to talk about salaries openly.

The upside and the downside of this movement is apparent. And the media has obviously caught on as well—bargaining that the benefits don’t out weight the potential for mutiny in the hallways. In 2016, Harvard Business Review published a story, “The Case Against Pay Transparency.” Wall Street Journal, in 2017, followed with a piece titled, “The Downside of Full Transparency.”

Most of us don’t know how much our colleagues are paid, but perhaps by giving employees an open look into compensation policies resentment will be eased and understanding would be fostered.

However, the open communication about salaries is as likely to be demoralizing as it is motivating. So managers need to determine which side best suits their corporate culture and go at it with eyes wide open.

In 2017, Business Insider released a story, “Why Companies Have Open Salaries and Pay Transparency,” noting that more tech companies aren’t keeping salaries a secret anymore and apparently are seeing positive results. The story also pointed to the strategy behind openness at Whole Foods.

In 1986, John Mackey, CEO, began a path toward pay transparency, making compensation data available to all employees in the hopes of encouraging conversation among staff members and to promote positive competition within the company.

Mackey, and others at Whole Foods, believe the policy has created a “shared fate” among employees.

“If you’re trying to create a high-trust organization, an organization where people are all-for-one and one-for-all, you can’t have secrets,” said Mackey in his the 2014 book, “The Decoded Company: Know Your Talent Better Than You Know Your Customers.”

According to Mike Metzger, President and CEO,

“Our goal is to educate organizations on the many ways PayScale can help companies shape and advance their own compensation brand. Whether leveraging our continually-improving data or people-centric products and tools, our aim is to transform compensation to help companies and individuals excel.”

A PayScale study of 70,000 U.S. employees found that two-thirds of people who are paid fairly, based on industry standards, believe they’re underpaid. About 60% of that two-thirds indicated that they are planning to look for a new job within six months.

Although somewhat surprising was that 82% of employees at lower paying businesses were satisfied with their work because of clear communication from leadership about why they were being paid less. The findings may suggest that if employees are informed, they feel valued, maybe indicating that the dollar figure isn’t as important as common thought suggests.

Maybe there is merit in this new management style. Thoughtful exploration of this new strategy is certainly worth discussion. And perhaps this is the management style of the future, giving up the secrets to enfranchise employees.