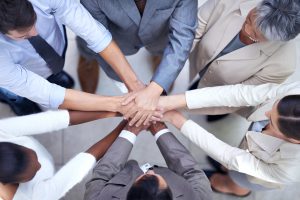 Leaders aren’t good because they are right. Leaders are great because they have learned to listen, inspire, and trust. They find ways to give personal attention, to build confidence, consensus, and a shared purpose.

Many of us have been raised on traditional stories of leadership—those that have been handed down from generation to generation. But we have a new reality—and the landscape of business has changed, in significant ways.

We’re now working with people of different ages, from other cultures, and varied business and personal perspectives. The speed and scrutiny of the decisions that we make have created an entirely new business context, which requires a new form of leadership. And in many cases, we’re leading people that have accomplished things that we haven’t, because they have emerging skills that we don’t possess. This requires a new strategy and is forcing us to rise up, to be present, to have the ability to be transparent, and the capacity to embrace new ways of operation.

Today’s leaders gather groups of peers, maybe even in dispersed working environments, and build faith and a sense of purpose and consciousness for a common goal, amidst huge demographical differences. There is a unique pressure on leaders to make their teams believe that they will go down with the ship—leaving no one behind. And they have an obligation to their teams and to their organization to not only develop a cohesive and efficient unit, but to make assurances that all members are maximizing their full potential.

Leading teams with enormous generational differences is tough, but it is bringing new opportunities, thinking, and innovation to businesses. We now have to take care of each other and understand that with success comes failure, it’s just part of the process. But with failure comes strength and the people that we count on will help us and the people we lead will keep us on our feet.

“Leaders can let you fail and yet not let you be a failure.”

That right there is the new mission for leaders. It’s the idea that teams don’t quit and leaders never leave a fallen comrade.

This is our chance—to stimulate change and to build strong, diverse teams.