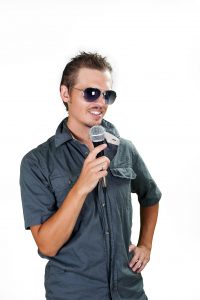 One-hit wonders. They are, in some ways, part of the human experience. We love them right? I mean come on, who didn’t sing along to “Play that Funky Music,” by Wild Cherry? One-hit wonders make us smile and might represent some of our fondest entertainment memories.

Just like entertainers, there are brands that literally come out of nowhere and introduce a product that captivates our minds and taps our wallets. Like Pet Rocks, Cabbage Patch Kids, and Rubik’s Cube. These companies reaped the rewards of short term gains but fell short when it came to introducing another innovative best seller into the market.

Start ups, for instance, are notorious for trying to develop and execute savvy business initiatives that end up failing. And after considerable reflection, management realized that the failure resulted from a lack of good leadership, strategic planning, consumer research, creativity, and the investment in truly break-through products.

But start ups aren’t the only ones that slip and fall. There are many staple brands that decided to “think outside of the box” and introduced entirely new product lines outside of their realm of expertise. Bic, worldly known for its pens, came out with a line of underwear. And then there’s Colgate, a market leader in toothbrushes and toothpaste, who introduced a line of kitchen entrees. These feeble attempts to break out into new markets undoubtedly didn’t work. And further, bad decisions like these could have sent these brands into a spiraling descent.

So What Sets Brands and Businesses Apart from Those that are One-Hit Wonders?

It comes down to leadership. These are leaders who are transformative visionaries, that drive their companies to be better, have the ingenuity to tie product or service innovation to the demands of the market, and serve as a great brand stewards. Leaders like these don’t try to impress people, they set out to impact people.

Brands like these are deeply devoted to the business of problem solving. They build trust and authenticity. And they rise above their competitors to influence our buying behaviors, provide solutions, and make our lives easier. Companies that are able to exploit their brand power markedly build communities of good customers—those that become brand ambassadors over time.

Constant and Relevant Innovation is the Solution.

Steve Jobs said, “You can’t just ask customers what they want and then try to give that to them. By the time you get it built, they’ll want something new.”

We all know Apple’s accolades under the leadership of Jobs. But another innovation example is Jack Dorsey, computer programmer, Internet entrepreneur, and co-founder and CEO of Twitter. In 2008, Dorsey was named, by the MIT Technology Review TR35, as one of the top 35 innovators in the world under the age of 35. In addition, in 2012, The Wall Street Journal honored him with the technology “Innovator of the Year Award.”

Twitter was originally designed for podcasting service Odeo in 2006. Although there is some conjecture about who really had the idea for Twitter, Dorsey was able to create, monetize, and consistently reinvent a social media platform based on “status” that still continues to generate a huge following.

This wasn’t mere accident because users constantly come back for more. Twitter has become an important part of their daily lives. Dorsey purposely engaged users—all based on a systematic approach to innovation. By 2016, Twitter reached 590 million users and received $2.5 billion in revenue.

Innovation is built on perseverance and the thoughtful leadership to foster long-term and compelling connections with consumers.

And the fact of the matter is that consumers today have too many choices. If big business can’t deliver on the brand promise their customers will certainly seek out alternative products and services. Then there is simply no probability for success.